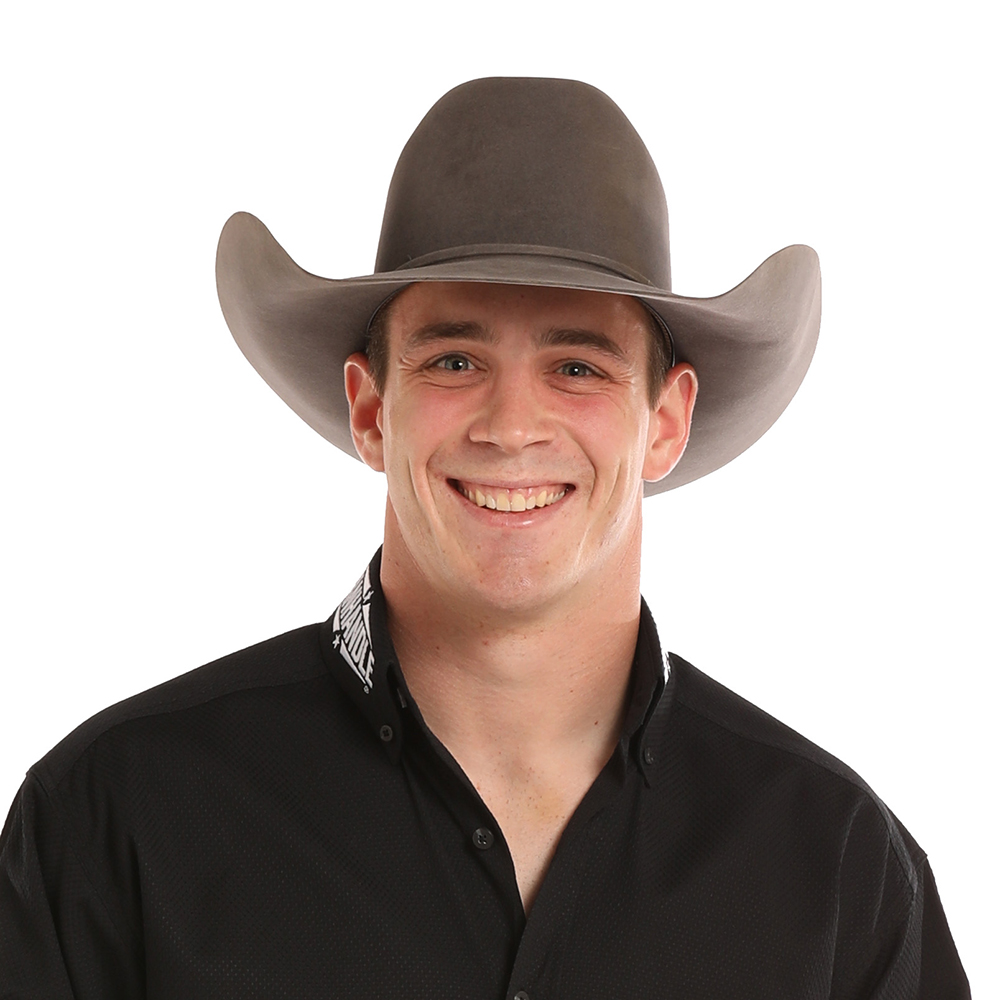 Tim O'Connell got married to his wife, Sami, in October 2015. His father, Ray, is a PRCA pickup man and his brother, Will, is a PRCA bullfighter, who was a bull rider who qualified for the National Circuit Finals Rodeo from the First Frontier Circuit. Tim graduated from Maquoketa High School in Iowa, which is about 10 miles from the Wisconsin border and received a waiver to compete in the Wisconsin state rodeo championships and represent that state in the National High School Finals Rodeo. Other than rodeo, he also competed in high school wrestling. Tim travels with Jared Keylon, Winn Ratliff, and Kyle Brennecke. He credits his rapid rise in the sport to Three Hills Rodeo’s Free Ride Program, which provides expert instruction at its Bernard facility in Iowa and then pays permit dues and entry fees for all rodeos produced by Three Hills. His favorite rodeo is the Tri-State Rodeo in Fort Madison, Iowa, “the biggest rodeo closest to my hometown”. He enjoys hunting and Tim's favorite movie is the Will Ferrell basketball comedy, Semi-Pro. His favorite food is sushi. O'Connell's rodeo idol is the nine-time World Champion, Ty Murray.

- Won the Southwestern Exposition and Livestock Show (Fort Worth, Texas)

- Won the Rodeo of the Ozarks (Springdale, Ark.)