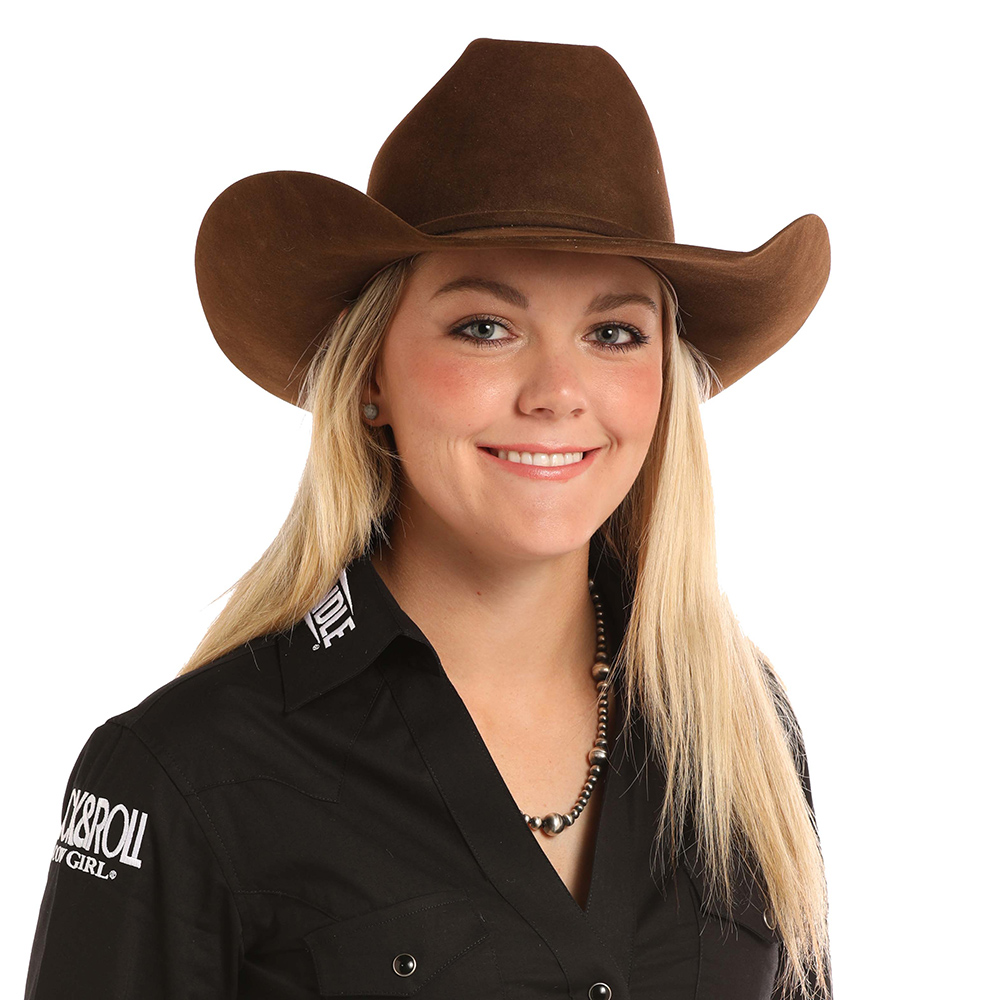 "Never give up. You never know what is going to happen in your next run, you might set an arena record and start a winning streak. It only takes one run to turn around a slew of bad luck."

At just 18 years of age, Jackie Ganter made her way to Vegas to compete as a Rookie in the 2015 National Finals Rodeo. After completing a clean run in Round 10, she left Vegas with the title of "Rookie of the Year".

Her funniest and slightly embarrassing memory rodeoing would have to be at the 2016 San Antonio Rodeo. She's always dreamed of a victory lap but somehow managed to come in second at rodeos that carried this tradition. This year at San Antonio she won the round so she got on the victory lap horse and as she made her way around the arena waving, the horse suddenly ducked the third barrel and tried to jump it. She attempted to act like nothing happened but it was completely obvious and hilarious to spectators. One thing we love about Jackie is she always enjoys a good laugh and never turns down a Subway sandwich.